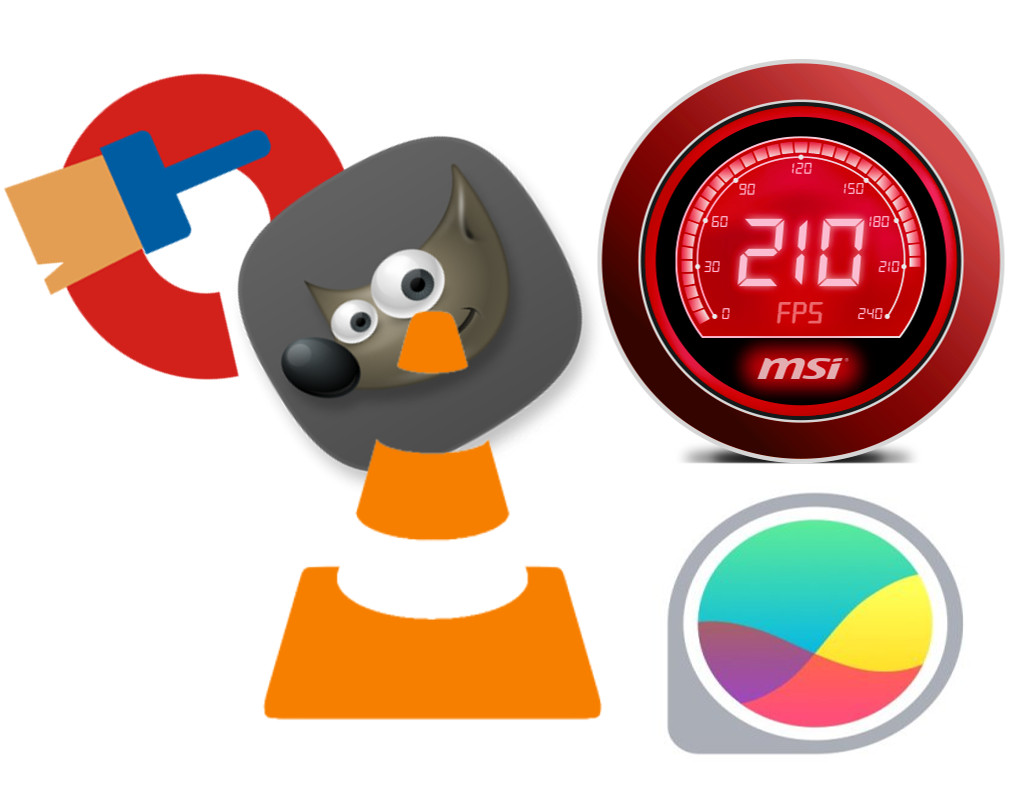 If you have you just finished building your new PC or just got a fresh copy of windows installed. You need to checkout these free applications for windows  which will improve you overall experience with your computer.

These apps are not only for gaming PC’s but can also be used by other people as well.

CCleaner is a cleaning app for your PC, which does much more than it looks like

You can use it for free or get the paid version. The paid version have got more features like monitoring your system, starting on schedule & upgrading in background, but the free version does most of the things that a average user needs.

You can get CCleaner from its official website (HERE)

Glasswire is a network monitoring software which can be useful to detect which process or application is using up your bandwidth and at what speeds they are downloading & uploading data.

It can be configured to limit network access to some apps and even block them from accessing the network at all.(note: after trial you have to pay premium for this feature)

You can set a usage limit so if you are on a metered connection you can stop before using up all of your bandwidth. Scanning for apps which are using your network for viruses is also one of its features.

You can get GlassWire from HERE

I am sure that you have heard about VLC before somewhere, it is an opensource  cross-platform multimedia player which can play almost all media files, DVDs, VCDs & also stream media from external sources. One of the things that VLC offers are plugins they can change the  functionality of the player according to needs of the user, VLC also offers subtitles and effects & filter for better playback.  It is better in many ways like speed, compatibility, looks & overall usability from default media player in windows. No introduction is needed here. Steam is a digital-distribution platform developed by Valve Corpration. It has a huge library of games (free and paid) which you can install and play. f.lux or simply flux is a software which changes the color of your computer’s display according to the time of day.It reduces strain on your eyes which makes you sleep better.

It turns itself off when it detects full screen apps, so it wont interfere  with your gaming & other full screen media like movies etc. It has a feature by which you can turn it off for certain amount of time or for certain apps.

Get f.lux from HERE

Discord is a freeware VoIP (Voice over Internet Protocol) software which is designed for gaming, but can be useful to a average PC user. It is available on many different platforms like windows, OS X, IOS, android etc.

It specializes in text and audio communication between users in chat channels, a user can create different channels for different purposes and with different rights & settings, can also be used for video calls. There are many servers to choose from, you can choose the server which is closest to you and enjoy excellent video and voice quality. It is a widely used graphics card overclocking utility which gives you full control of your graphics card. You can create your custom settings and save them as a profile for later use, it can also do video recording and benchmarking. Afterburner is a free ware software which can be used with any brand of graphic card. Get the MSI Afterburner (HERE)

Open Broadcast Software or OBS studio for short is a community developed video streaming and recording software which is available for MAC, Windows & Linux. Streaming of video in OBS is primarily done by  RTMP (Real Time Messaging Protocol) & can be used to stream on any RTMP supporting destination, including YouTube, Twitch.tv & Facebook.

For video encoding, OBS is capable of using the x264 free software library,[7] Intel Quick Sync Video, Nvidia NVENC and the AMD Video Coding Engine to encode video streams into the H.264/MPEG-4 AVC format and the H.265/HEVC format. Audio can be encoded using either the MP3 or AAC codecs. (Source: Wikipedia) Notepad++ is a free text & source code editor, has  support for different coding languages and can provide you assistance with writing or editing a source code for your website or program.

It is superior to default notepad program  in many ways. It offers services like Plugins, it can record Macros, is available in many different languages & has ton of customization options. GNU Image Manipulation Program or GIMP for short is a free, cross-platform image editor,  is very light weight in size and contains tons of editing option & features. before buying any other paid image editor software, you can take a look at GIMP and you will be be amazed by the things it can do. Get GIMP from HERE

(NOTE: the list is not in any particular order.)