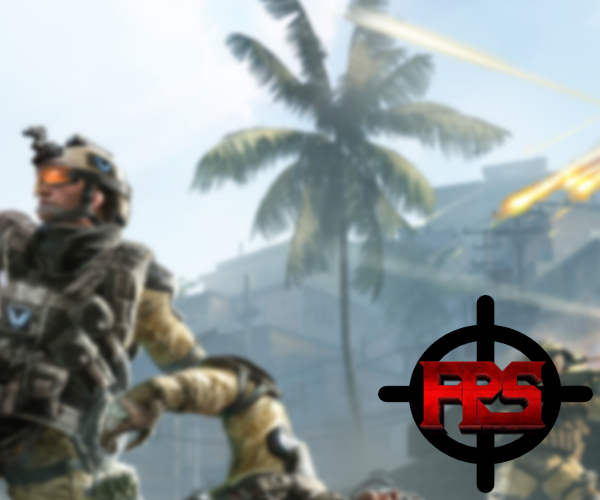 First Person Shooter (FPS) is a category of games which are fun to play and gives you the feeling that you are literally inside the game and doing all the shooting. Good Free FPS Games for PC are very hard to find these days. Even if you find one, chances are that they are not totally free or have a P2W system, In this post, I will be sharing my list of top 10 free to play FPS games on steam which in my opinion are well made, have no pay-to-win and are a hell lot of fun to play. First on our List is Dirty Bomb. It is a free First Person Shooter game with nice graphics and “Free-to-Win Progression” criteria.

It features two gameplay modes, namely objective mode, where you complete objectives in certain areas within given time and a stopwatch mode, similar to objective mode but with competitive aspects, mid game team-swaps etc.

Its fast paced gameplay, highly competitive team play and nice graphics are the things which attract most of its users. It is not very heavy on the system and gets updated frequently. Warface is an FPS and MMO game from the creators of games like Far Cry & Crysis. It is a perfect mix of good gameplay, crisp graphics & smooth controls. There are different classes of heroes, 9 + play modes, more than 50 maps. There are also Co-op and VS mode that you can play with your friends. A game developed by NS STUDIO and then published by NEOWIZ NEOBRICKS, black squad is one of the best free fps games on steam. It is a free2play action based FPS game which offers various beautifully created maps and game modes like classic 5v5, Deathmatch & competitive modes.

Like all the other First person shooters out there you have many different weapons to choose from, it also offers you various tactical equipment like grenades & combat knife.

Its main features include: Paladins, in my opinion, is one of the best free fps games for pc, it is a multiplayer game which you can play with your friends (up to 5 people in a lobby). There are champions which you choose, there are many categories of champions to choose from like Frontline, Support, Damage, Flank. Each has their own roles in the team. It is a team based game so to win this you will have to communicate with your team.

Its key features are:

When you will first start playing FoF, it will remind you of old school cs and left for dead. If you like games which have an old western style playing environment and weapons you should check this one out. This game packs enough action and has a variety of maps & modes to choose from. A classic FPS action shooter game made by none other than the valve. It offers various challenging maps and fighting modes, but Community mods & maps are the main reason why this game is so popular.

TF2 has nine unique characters to offer which can be customized according to you in terms of cosmetics, weapons, and items.

The only thing which you can buy with real-world money is cosmetic stuff or skins, these items can also be found in-game which makes for a true free-2-play gaming experience. It is also not very demanding on the CPU & GPU side and runs pretty well on low to mid range builds. is an F2p, MMO FPS game which takes place in outer space, with no story to follow players battle on a massive scale with each others team. The battles that take place in planetside2 are huge. The whole objective is to score control over enemy’s territories and secure resources and key points of the map for teammates.

Fly spaceships, crush enemies with tanks, fight them on space or on the ground. PlanetSide2 offers massive sized maps which will keep players from getting bored. It requires a little bit more spec to run than other games on the list.

Its key points include: Deceit is a team-based multiplayer fps game in which a team consisting of 6 members where two members of the team are infected. You have to find out who is infected in your team while you are escaping.

Or if you are infected you have to team up with the other infected member in your team and convince other members of your team that you are not infected and kill them before they find out about you.

It is a very fun little fps game to play and pass time with your friends. Tribes is a game with old-school Halo like gameplay, over 9 different hero classes to choose from and different vehicles to ride, from tanks to jetpacks. This game is advertised to be a fast-paced shooter which will test your limits, and it certainly does what it says. Once you will start the game you will be placed in a map with massive play area, as you will progress along you will see why they call it a ‘fast-paced’ game.

Unfortunately, the game’s development is pretty much dead and the player base is getting low by every passing day. But you can get your friends along to play this game with you and trust me, you will not regret it. Sven is a classic game based on Half-life. It is a coop game which you can play with your friends against bots. The main point which separates Sven co-op from half-life is that you have to complete missions instead of rounds. So this concludes my list of free fps games for PC, all these games are available on steam for free, most of the games in the list like paladins, FoF, seven co-op and others can easily run on a low to mid-range PC with ease.

(Note: Steam requirments for all games listed here is from the Offical Steam Website.)